Trending
Hand care in autumn and winter Dietary supplements as a way to deal with autumn weakness? Can supplements replace medications? Veganism is on the rise! Do you dare to try it? Exercise rubber band - which band to choose for training?
Fitfeeding > ACTIVITY > EQUIPMENT & ACCESSORIES > Rowing at home – what effects does training on an ergometer have?
ACTIVITYEQUIPMENT & ACCESSORIES

Rowing at home – what effects does training on an ergometer have? 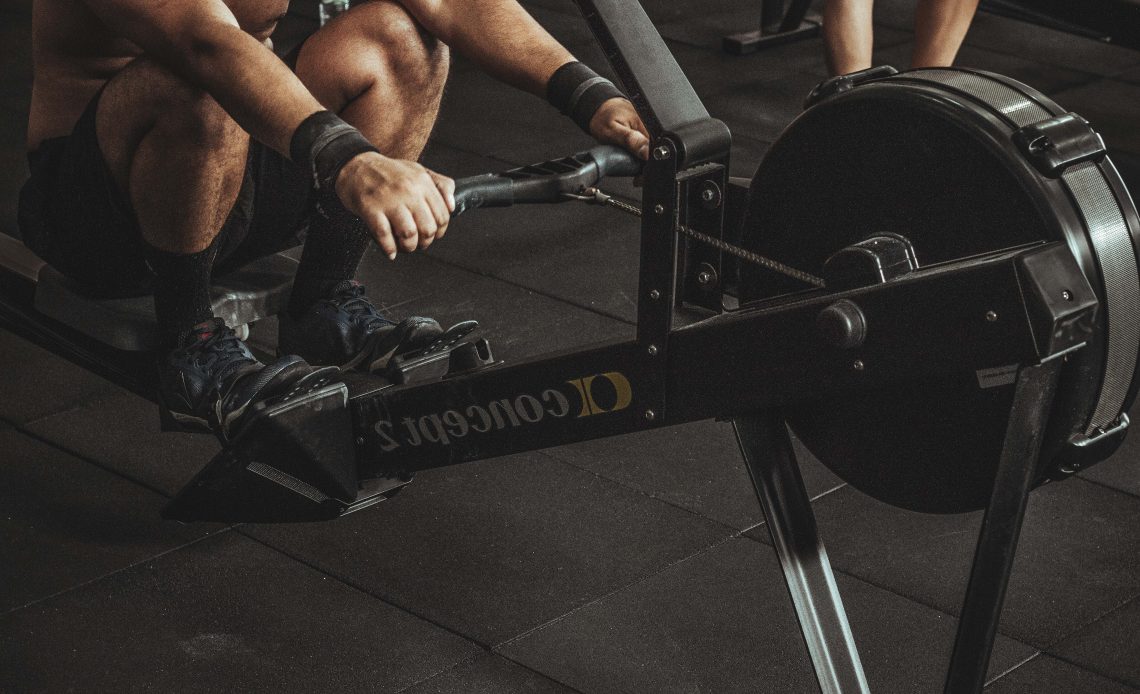 A rowing ergometer, or rowing machine, is a popular machine that is used to perform exercises that are a faithful imitation of rowing on water. Its main advantage is that it engages up to 95% of muscles, including those of the arms, back, abdomen, chest, legs and buttocks. You can use the rower to train successfully both at the gym and at home.

Every person who plans to buy a rowing ergometer should be aware of the fact that exercises performed with its help require proper technique. Although seemingly simple at first glance, they are composed of several phases, the sequence of which plays a key role and has a direct impact on training efficiency.

The rowing movement performed on this device consists of the following phases: grip, pull, deflection and return. Exercising on the rower without knowing the technique can result in injury.

What are the different phases of training on a rower?

The first phase of training on a rowing machine is the grip – this is a static phase that involves assuming the proper starting position. First, you sit on the saddle with your legs bent so that you are as close to the flywheel as possible. The tibias must be perpendicular to the ground, the arms straightened, and the wrists aligned with the forearms. Then slightly bend your torso forward.

Thenext phase is the pull. It consists in the fact that we start to straighten both legs gradually. As a result, the rower’s saddle will slowly begin to move backward. The legs should be straight, and the arms should be engaged in the movement only when the handle is above the knees.

The third phase is the recline. When the legs are straight, draw the grip to the abdomen with the hands, gently bending back. The forearms should be parallel to the ground. The last phase of exercise on the rowing ergometer is the return. This consists of returning to the starting position by performing the entire movement in reverse. We bend over slightly and let our arms move away. The moment the grip is above the knees, we gradually bend our legs and approach the flywheel. In rowing exercises, the most important thing is that each phase follows one another smoothly, without stopping.

The most common mistakes made on the rower

Beginners often have trouble mastering the correct technique for performing exercises on a rower. One of the most common mistakes is starting the pull not with your legs, but with your arms. It is worth realizing that the legs are the main driving force here. If you turn on your arms too quickly, the effectiveness of the exercise will significantly decrease, leading to premature fatigue. An equally common mistake is to bend too early, which adversely affects the spine. It is also common to bend the wrists at the end of movements, row with bent elbows and legs, and set too much resistance during the first few workouts.

Optimal frequency of training on a rower

How often should I train on a rowing ergometer? The optimum frequency for beginners is 2-3 sessions per week. Gradually, this number can be increased to five. Exercises on the rower can take many forms. In order to improve the condition of the body, it is recommended to reduce the resistance and to perform as many repetitions as possible within a given time interval. The pace should be fast enough to keep the heart rate consistently high. This workout should last at least 10 minutes. People who want to develop their muscles should perform the exercises on the rower with increased resistance. The most important thing here is the number of pull-ups.

There are plenty of benefits to running, but only if you make sure to do proper stretching and some other simple exercises after your workout. What activities can help you avoid muscle pain?
END_OF_DOCUMENT_TOKEN_TO_BE_REPLACED
Share
ACTIVITYEQUIPMENT & ACCESSORIES

If you love riding your bike and want to stay active, you’re going to need to make sure that you have all the right gear because it can be an intense activity and why let your hands take the brunt of it.
END_OF_DOCUMENT_TOKEN_TO_BE_REPLACED
Share
ACTIVITYTRAINING

Why is morning training so important? We answer!

Thinking about changing your workout time? Find out why the body works better first thing in the morning and rearrange the time of your visit to the gym!
END_OF_DOCUMENT_TOKEN_TO_BE_REPLACED
Share