Trending
Hand care in autumn and winter Dietary supplements as a way to deal with autumn weakness? Veganism is on the rise! Do you dare to try it? Exercise rubber band - which band to choose for training? Can supplements replace medications?
Fitfeeding > ACTIVITY > Sporty ways to relieve stress
ACTIVITYHEALTH 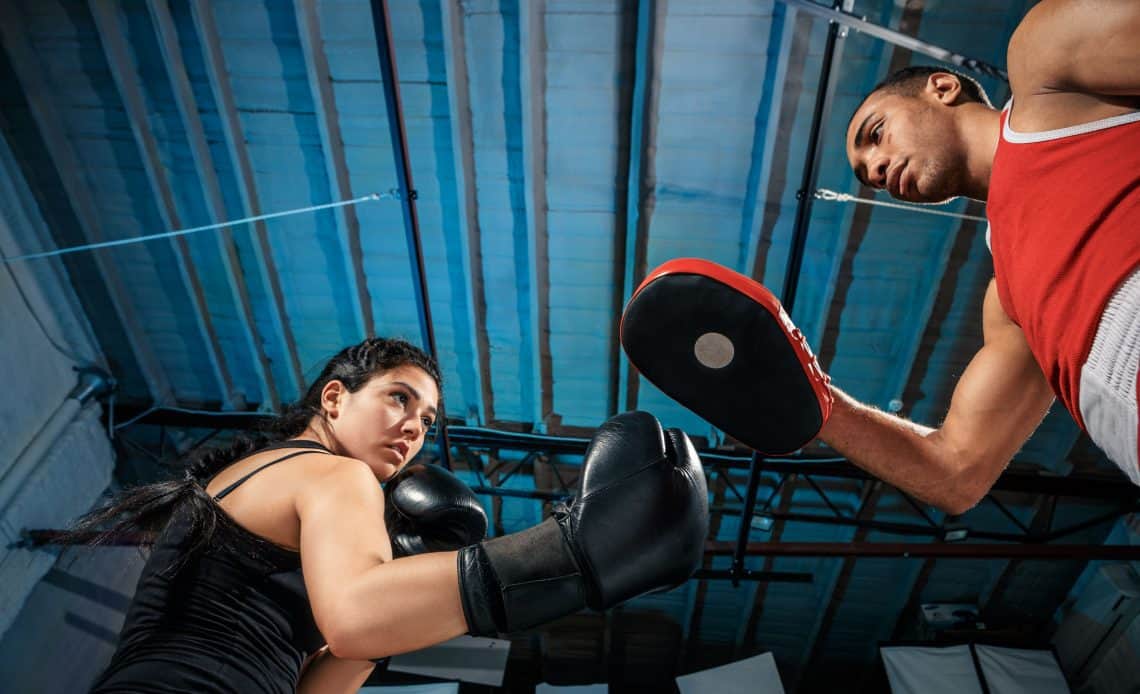 Stress has become an inseparable companion in our lives – even if we are not always aware of it. Among the most effective ways to combat it, doctors and psychologists agree on physical activity. Which sports are the best to give vent to negative emotions?

This is one of the most popular sporting ways to escape from everyday problems. Running increases the level of serotonin and dopamine in our body – hormones responsible for, among other things, good mood and proper mental condition. In addition, endorphins are released into the bloodstream, which can induce a euphoric state in the runner. The results of scientific studies also indicate that in people diagnosed with depression, running training has brought many beneficial changes, such as a decrease in the level of nervous tension and reduced anxiety.

If you’re looking for an effective way to relieve negative emotions or lower stress, combat sports may be an ideal choice. Exercising on a punching bag not only allows you to release unnecessary energy and calm your shattered nerves, but also strengthens your muscles, improves your motor coordination and burns a lot of calories. Classes in boxing, MMA or Far Eastern martial arts are also used as a form of therapy for children struggling with attention deficit hyperactivity disorder (ADHD), as they make it easier to deal with aggression and improve concentration.

What is important is that in order to begin your adventure with combat sports you do not need to buy a full set of equipment – most professional sports clubs offer equipment hire to beginners. Men should therefore equip themselves only with men ‘s sports shorts and sturdy shoes, while women – with a bra which stiffens the breasts, women’s shorts and comfortable flat soled shoes.

#exercise #sport #stress
To relieve stress, there are two types of activity you can choose: either leisurely exercise that requires…

During cycling almost all muscle parts work, and additionally the brain is stimulated. That is why this activity is recommended especially for people struggling with chronic stress or depression. Cycling is also excellent as a prevention of cardiovascular diseases and all kinds of cancers, therefore it is very popular among seniors.

For those who travel by bike in typically urban conditions, traditional “road bikes” will be a good solution. On the other hand, those who often ride on demanding off-road routes and forest areas, should opt for MTB bikes.

Acrobatics is a sport that requires gymnastic training, but there are also some less advanced figures that are worth trying at fitness centers or trampoline parks. Especially as the spectrum of benefits is very wide. According to researchers led by Dr. Morton Walker, any form of jumping can effectively relieve tension in the body, while also relaxing and eliminating insomnia problems.

Among other benefits of regular skipping, it is worth noting the improvement of metabolism and lymph flow, strengthening the heart, supporting the immune system and increasing bone density. Endorphins released during this activity instantly put us in the right mood, and the brain receives a solid portion of oxygen, which later translates into higher efficiency of action.

Dancing involves not only the whole body, but also deep brain structures, which is why it is a perfect remedy for stress, neurosis and depressive states. A number of its advantages in the psychological sphere are used in the so-called choreotherapy, commonly referred to as “dance therapy”. Emotions released during such activities allow to clear the mind of worries and troubles, and this in turn translates into a reduction of muscle tension. They benefit people of all ages and walks of life – from teenagers with personality disorders to seniors suffering from Alzheimer’s or Parkinson’s disease.

a “side effect” of dance training is, of course, the sculpting of the figure, improving fitness and increasing body awareness. Over time, however, they become great entertainment and reliable relaxation – for both men and women.

Cold and training - exercise or let it go?

Training during illness – can you take dumbbells in your hand? Or is there another set of exercises that will help you recover faster? We answer!
END_OF_DOCUMENT_TOKEN_TO_BE_REPLACED
Share
ACTIVITYHOME TRAINING

There are plenty of benefits to running, but only if you make sure to do proper stretching and some other simple exercises after your workout. What activities can help you avoid muscle pain?
END_OF_DOCUMENT_TOKEN_TO_BE_REPLACED
Share
HEALTH

Collagen is one of the most desirable nutrients in the diet of physically active people. How to increase its production with a daily menu?
END_OF_DOCUMENT_TOKEN_TO_BE_REPLACED
Share