Trending
Hand care in autumn and winter Dietary supplements as a way to deal with autumn weakness? Can supplements replace medications? Veganism is on the rise! Do you dare to try it? Exercise rubber band - which band to choose for training?
Fitfeeding > HEALTH > St. John’s wort – a natural remedy for abdominal pain. When and how to use it?
HEALTH

St. John’s wort – a natural remedy for abdominal pain. When and how to use it? 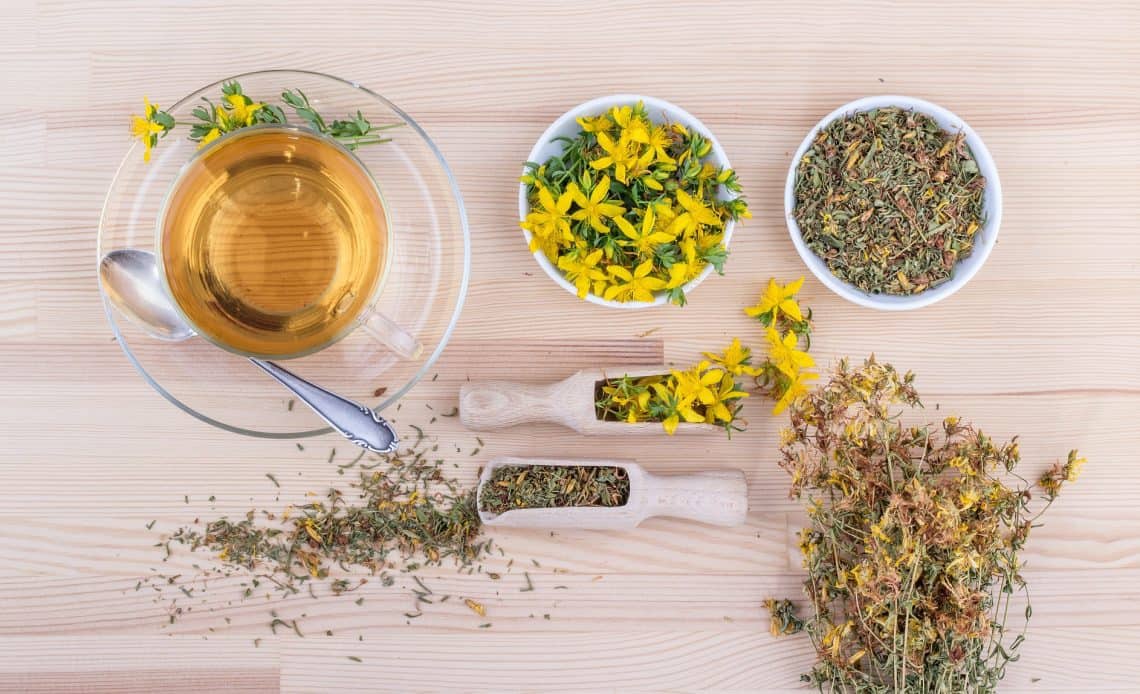 Because of its exceptionally bright colors, St. John’s wort is hard to pass by indifferently at first. However, it turns out that this delightful plant can please not only our eyes, but also our stomachs. However, before we start using St. John’s wort in our diet on a regular basis, it is worth knowing a few important facts about it.

St. John’s wort – what is the famous holly herb?

St. John’s Wort, also known as St. John’s Wort, is becoming increasingly popular, but don’t let the name fool you – this plant doesn’t have a single hole! Instead, it is equipped with bright spots where it gathers valuable essential oils. They can turn out to be a real salvation for an irritated stomach. Just know when and how to use St. John’s wort leaves to get spectacular health benefits in return!

St. John’s wort blooms in the summer, between June and September. This is also by far the best time to harvest it. However, with the introduction of St. John’s wort into the diet, it is worth waiting at least until autumn. Why? The answer is simple – one of its components (hypercin) increases the sensitivity of cells to sunlight. Combining some medicines with a health-promoting plant is not recommended either, so it is advisable to consult a specialist before consuming it.

However, apart from a few contraindications, especially for pregnant and breastfeeding women, as well as people with hypersensitivity or liver disorders, the use of St. John’s wort has numerous benefits for the body.

What does St. John’s Wort help with? Use and properties

St. John’s wort is not only characterized by its antibiotic, diuretic and antidiarrheal effects, but also impresses with its wealth of various vitamins, such as vitamin A and C. In addition, thanks to its ability to relax the smooth muscles of the digestive system, St. John’s wort proves invaluable in the case of any stomach problems. It is best to drink an infusion of St. John’s wort 2-3 times a day before meals. The effects are guaranteed!

Cold and training - exercise or let it go?

Training during illness – can you take dumbbells in your hand? Or is there another set of exercises that will help you recover faster? We answer!
END_OF_DOCUMENT_TOKEN_TO_BE_REPLACED
Share
HEALTH

Collagen is one of the most desirable nutrients in the diet of physically active people. How to increase its production with a daily menu?
END_OF_DOCUMENT_TOKEN_TO_BE_REPLACED
Share
HEALTH

Are people with asthma right to give up physical activity?

Asthma sufferers usually try to avoid exercise, but are they right? Find out for yourself if asthma and physical activity really don’t go together!
END_OF_DOCUMENT_TOKEN_TO_BE_REPLACED
Share