Trending
Hand care in autumn and winter Dietary supplements as a way to deal with autumn weakness? Veganism is on the rise! Do you dare to try it? Can supplements replace medications? Exercise rubber band - which band to choose for training?
Fitfeeding > SOCIALFIT > Cinnamon water – an instagram hit with a weight loss breakthrough?
SOCIALFIT

Cinnamon water – an instagram hit with a weight loss breakthrough? 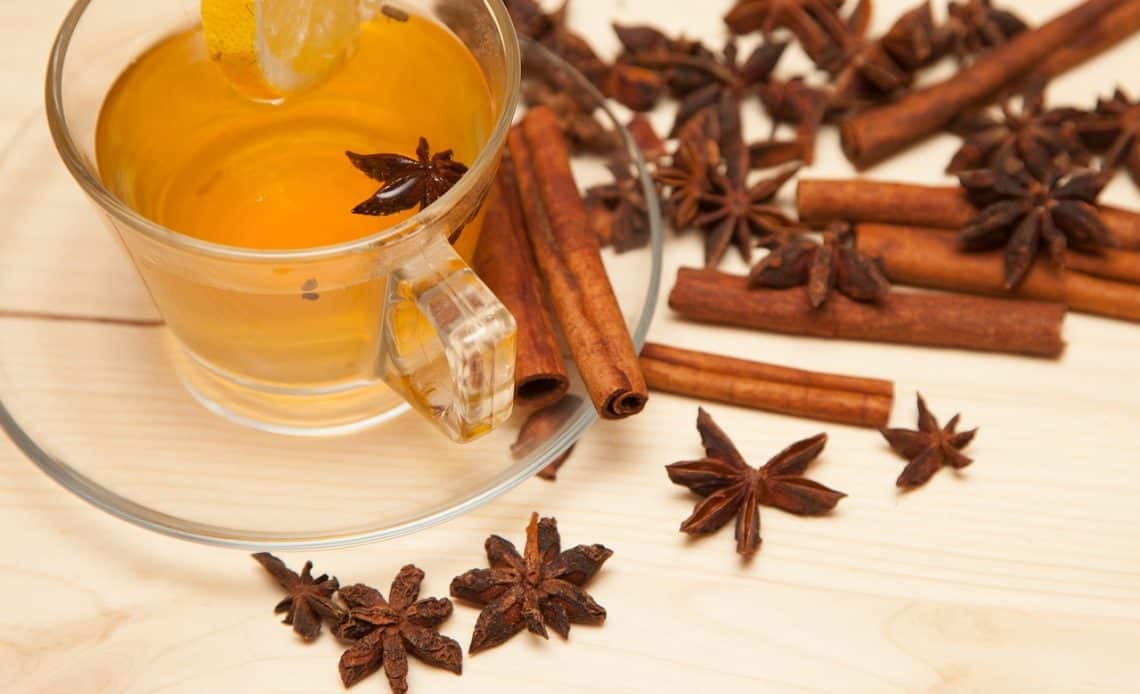 Anyone who has ever taken up the fight against excess weight is certainly aware that efforts and measurable results do not always go hand in hand. If so far we have been disappointed by various diets, it is worth restarting your adventure with weight loss – this time adding to the menu a simple specification recommended by the queens of Instagram, which is … plain water with cinnamon.

Cinnamon water, more widely known in social media under the English name cinnamon water, has recently become a new trend. Not only Instagram stars and famous influencers, but also people from outside the candlestick are increasingly willing to use it, and they are usually very satisfied with the results. Cinnamon water – apart from its obvious taste qualities – has an extremely beneficial effect on our health and proves invaluable when it comes to maintaining a slim figure.

Inadequate hydration causes our body to do a poor job of removing toxins, which results in fat accumulation. By drinking enough water, we have more energy, beautiful skin, and are less likely to reach for unhealthy snacks. #cinnamon water has many more benefits: ?cinnamon warms the body, so it stimulates our digestion and speeds up metabolism, ?it suppresses appetite and lowers blood glucose levels, which fights the desire for sweets, ?it has manganese, magnesium, potassium, calcium, iron in it. It is worth drinking it at work to concentrate or before #workout to speed up your metabolism, ?it is a natural strengthener and pain reliever with anti-inflammatory effects. #apple cinnamon water recipe: ➡️jug of water ➡️#apple ➡️ cinnamon stick ➡️# lemon (optional) Slice apple and lemon. Put all the ingredients in a pitcher and let it sit overnight. This is a great alternative to other drinks, it is tasty and effectively quenches thirst. And on top of all that, it has a very positive effect on our body. #healthy #healthylifestyles #healthy #water #cleaneat #cinnamon #fit #fitspiration #healthyeating #healtlyrecipes #healtlylifestyle #healthyfood #knowwhat #fitstagram #lovewather #wather #instagramfitness #health #health #wealth #fitlifestyle #fitstyle #healthyear #motivation #challenge #blessyourtime

So let’s move on to the properties of this valuable drink. Popular cinnamon water, among other things, lowers blood sugar levels, stimulates visceral fat burning, speeds up metabolism, while equipping the body with essential minerals: manganese, magnesium, potassium, calcium, iron. Its additional advantage is the fact that it gives a long-lasting feeling of satiety. Thanks to this you can forget about snacking between meals and obtain much more satisfying results. However, it is worth remembering that – despite its undeniable advantages – cinnamon water will not bring major results without the help of a well-balanced diet and exercise.

Cinnamon water can be prepared in three ways. The first method is not complicated – simply throw a few cinnamon sticks into a container filled with water and leave it in the refrigerator overnight. The very next day you can enjoy the ready drink. Alternatively, you can boil the water together with the cinnamon sticks in a 1:1 ratio (one cinnamon stick per one glass of water). When it begins to boil, take it off the burner and then dilute it with cold water. This method is more time-consuming and labor-intensive, but it gives the water the right color and makes the flavor even more intense.

The third school of cinnamon water preparation is practiced mainly by lovers of sweetened drinks. First, put a teaspoon of cinnamon in a cup and pour boiling water over it. Then wait for the water to cool down, which should not take longer than 30 minutes. The final step is to add two tablespoons of honey, which acts as a sweetener, and mix the resulting preparation. We store the drink in a refrigerator. Remember that honey cinnamon water can be drunk only twice a day – preferably in the morning and in the evening.

The effectiveness of cinnamon water is gaining more and more followers. The drink offers something rare today – a combination of taste sensations with health benefits, making it a perfect addition to any comprehensive weight loss plan. However, it is worth realizing that drinking too much cinnamon water can lead to various ailments. As always, therefore, approach the subject sensibly and do not go from one extreme to another, and then this elixir for a slim figure will certainly bring many of the desired effects.

How to stay in shape on vacation? Anna Lewandowska knows best!

Summer brings with it various temptations that can thwart our ambitious diet and workout plans. How to deal with them? Here’s what top Polish trainer Anna Lewandowska has to say about it!
END_OF_DOCUMENT_TOKEN_TO_BE_REPLACED
Share
DIETETICSHEALTHY EATINGSOCIALFIT

How do you avoid succumbing to the changing weather in the spring? Try these natural spices!

The beginning of spring is associated with unpredictable weather, and therefore extremely easy to catch a cold. The fight for immunity should start with changes in eating habits, which the list of health-promoting spices by Ewa Szabatin will help you with!
END_OF_DOCUMENT_TOKEN_TO_BE_REPLACED
Share
SOCIALFIT

To motivate yourself to change your diet, take inspiration from the eating habits of celebrities. Check out what Jennifer Lopez, Megan Markle and other famous women eat!
END_OF_DOCUMENT_TOKEN_TO_BE_REPLACED
Share