Trending
Hand care in autumn and winter Dietary supplements as a way to deal with autumn weakness? Veganism is on the rise! Do you dare to try it? Can supplements replace medications? Exercise rubber band - which band to choose for training?
Fitfeeding > DIETETICS > HEALTHY EATING > Natural honey is better than artificial honey. How to distinguish them?
DIETETICSHEALTHY EATING

Natural honey is better than artificial honey. How to distinguish them? 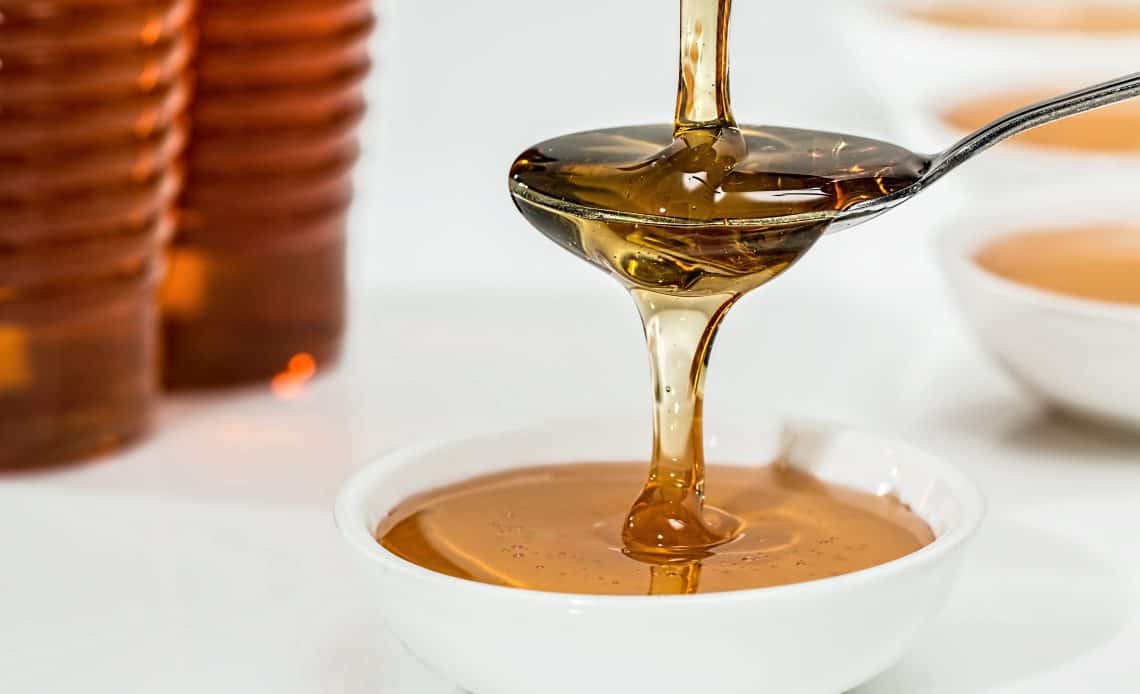 In the era of enormous technological progress, extinction of hundreds of species of insects, decline of bee populations it is difficult to find good and quality honey. From this article you will learn what are the differences between real and artificial honey – you will never be cheated again!

Artificial honey varieties are made from sugar syrup that tastes similar to real honey, but is actually a tasty illusion with much less nutritional value. Fake honey is commercially processed under extreme conditions – heated to high temperatures, which destroys the rich nutrients it had when it was removed from the hive. Once the heat hits, it’s diluted with water (so it’s cheaper for producers) and then sweetened with high fructose corn syrup, dextrose and molasses to make it more like natural honey.

Even the valuable pollen (which real honey is naturally endowed with) is removed in the process of making fake honey, resulting in further loss of nutritional value.

Real honey is produced by honey bees. These remarkable creatures use their straw-like long tongues to suck nectar from flowers. This is then stored in what are called honey stomachs.

After visiting between 100 and 1500 flowers to fill their stomachs, they return to the hive and pass the nectar to other worker bees. These bees then chew the nectar (literally) and pass it “mouth to mouth,” from bee to bee, until the moisture content is significantly reduced. During the chewing process, the bees’ enzymes break down the complex sugars in the nectar into simple sugars. This makes it more digestible for the bees and less susceptible to bacterial attack during storage in the hive. It is also the chewing process that gives honey its antibacterial properties.

Finally, the honey is placed in storage cells and covered with beeswax – ready for the arrival of the newborn bees. However, honey is great for more than just them. Its antioxidant and anti-inflammatory properties are amazing, which is one of the reasons people love honey so much. It’s also great for dressing wounds and treating minor burns, and is widely used as a cough suppressant and immune booster.

How to tell real honey from fake honey

Black seed honey, or black cumin honey as it’s known in the Middle East and North Africa, is made from the nectar of black cumin flowers, which are grown primarily in Jordan and Palestine. Black cumin has been used medicinally in these regions since ancient times, and recent studies have found that black seed honey may also have many health benefits, including anti-microbial, anti-fungal, anti-diabetic and anti-oxidant properties.
END_OF_DOCUMENT_TOKEN_TO_BE_REPLACED
Share
HEALTHY EATING

Turmeric, also known as curcumin, has been used in India for thousands of years to treat inflammatory conditions such as arthritis and ulcers. It’s been shown to have anti-inflammatory effects on the body by helping stop the production of inflammatory molecules that cause joint pain and swelling and can lead to chronic conditions like fibromyalgia, irritable bowel syndrome, and Crohn’s disease.
END_OF_DOCUMENT_TOKEN_TO_BE_REPLACED
Share